Starting point of building an application with RR unified experience.

Planner is the starting point of building an application with the Recognition Robotics unified experience. 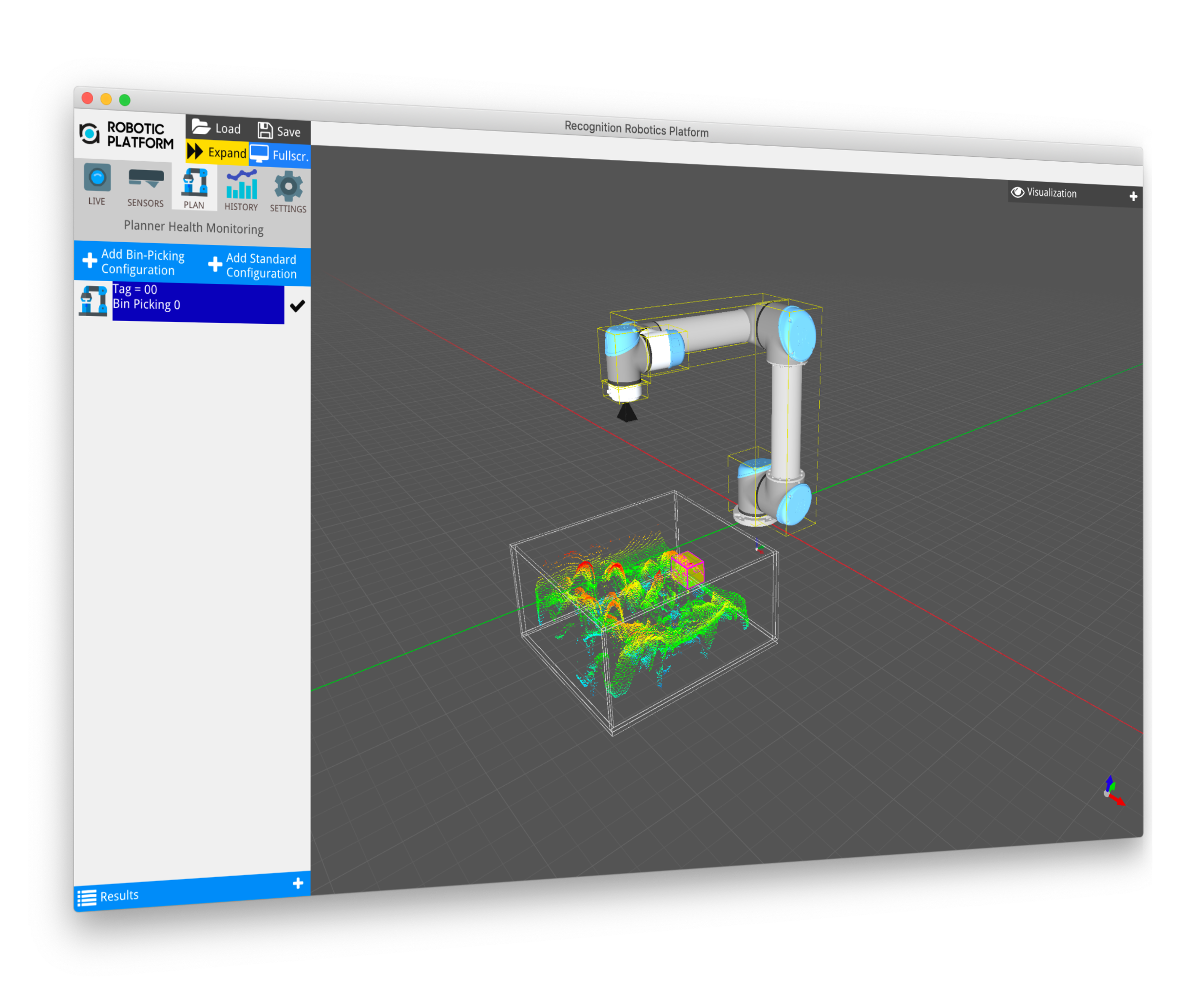 Many building blocks are made available to allow the building of virtual cells that simulate real world scenarios.

Planner’s role is to use one or more technologies available in the unified platform (NebulaRecognition, Cortex, Lucana, pro::fit) in order to deliver a given application functionality.

It provides ready-made apps for a given application type:

Apps can be manipulated with two experience levels:

Some of the building blocks are: 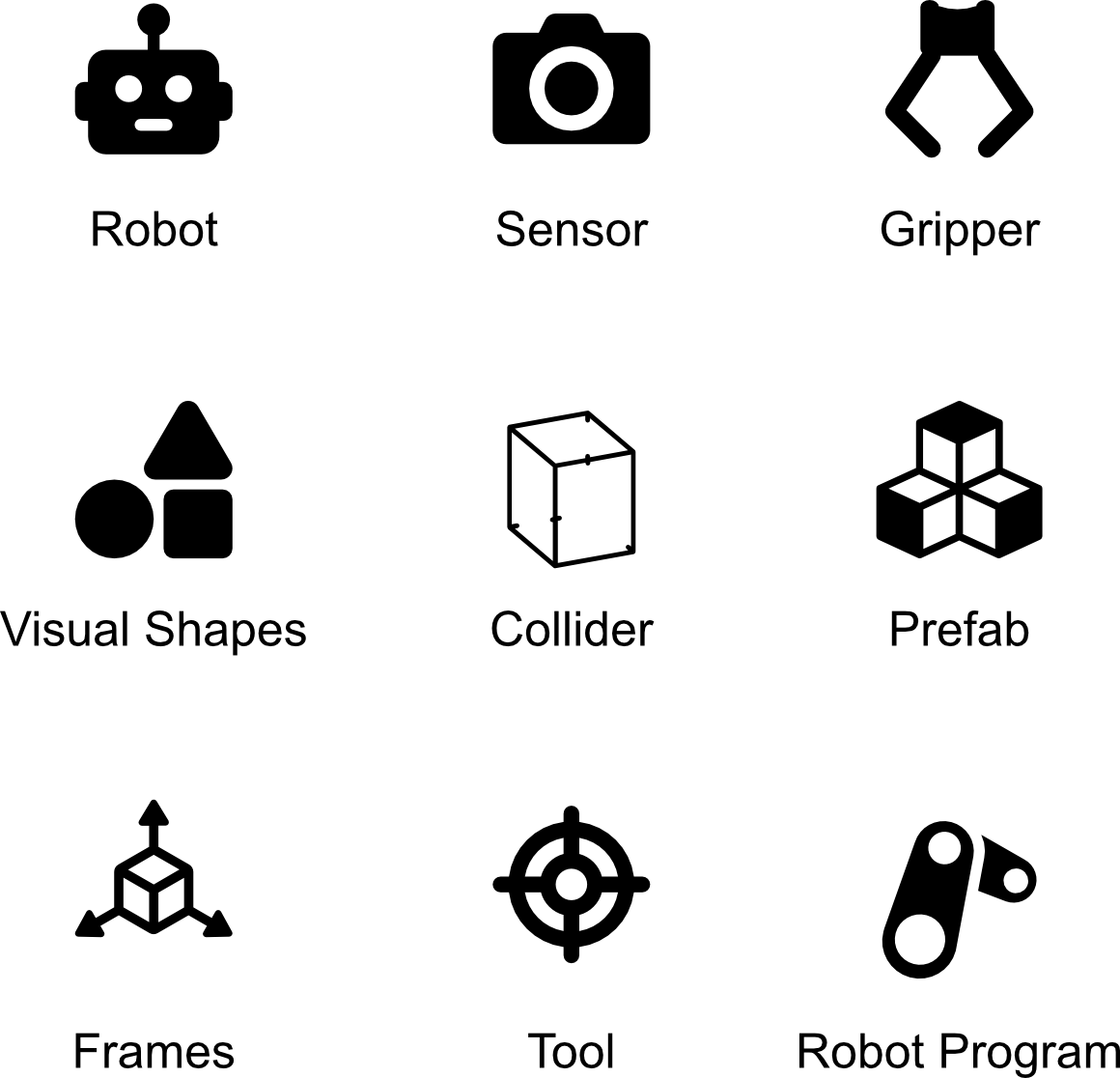 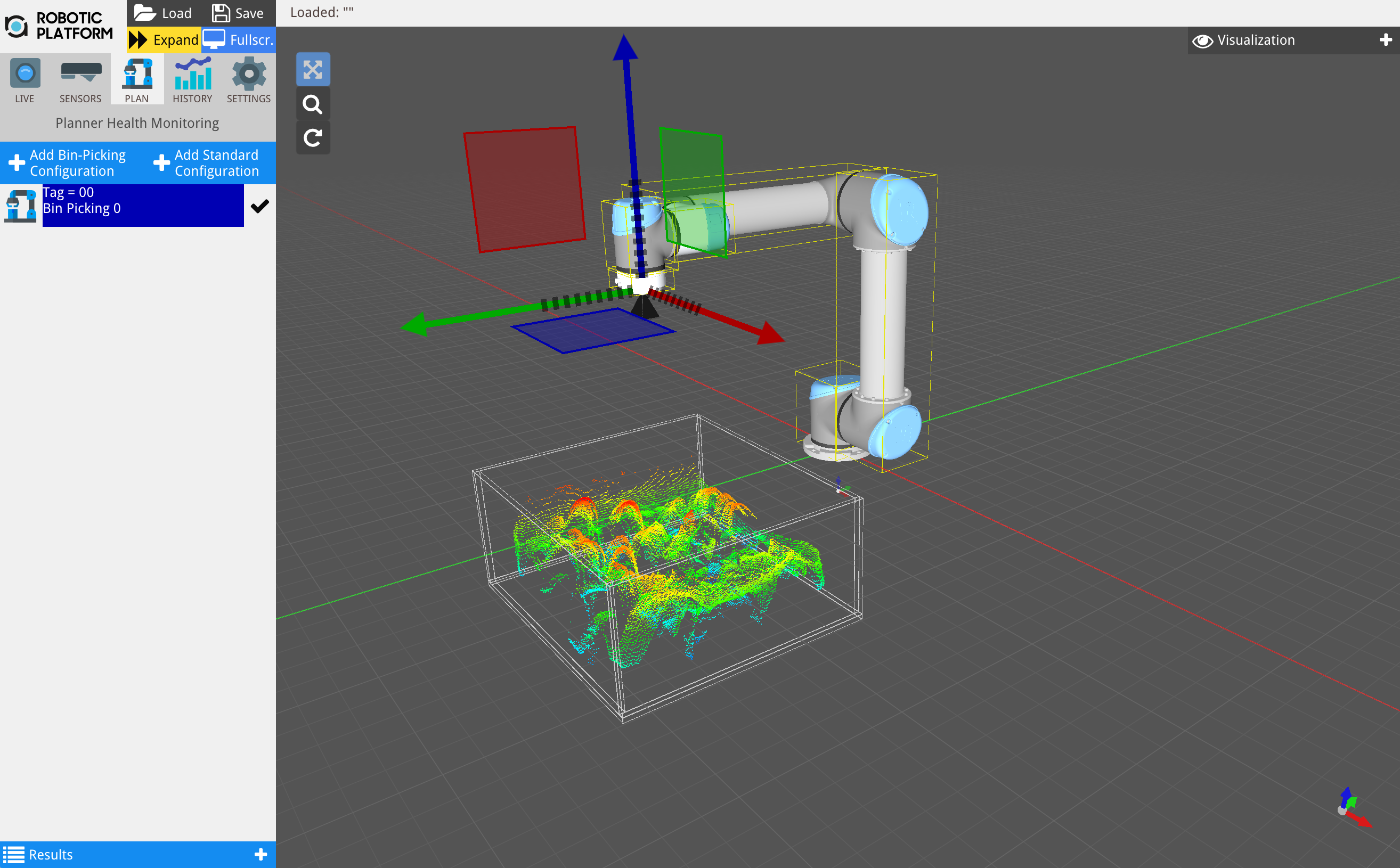 The bin picking app models a pick-and-place cycle from a bin with an arbitrary list of static and dynamic colliders in the scene.

This app allows the specification of multiple picking points for a given taught object and multiple grippers.

The app will cycle between all grippers and pick point combinations in order to find the best possible solution.

Each pick will not collide with statically determined colliders nor with objects that are in the range of the 3D point cloud sensor.

The decision engine will build a set of scores to provide the choice featuring minimal robot path for improved cycle time and minimal cable stress. 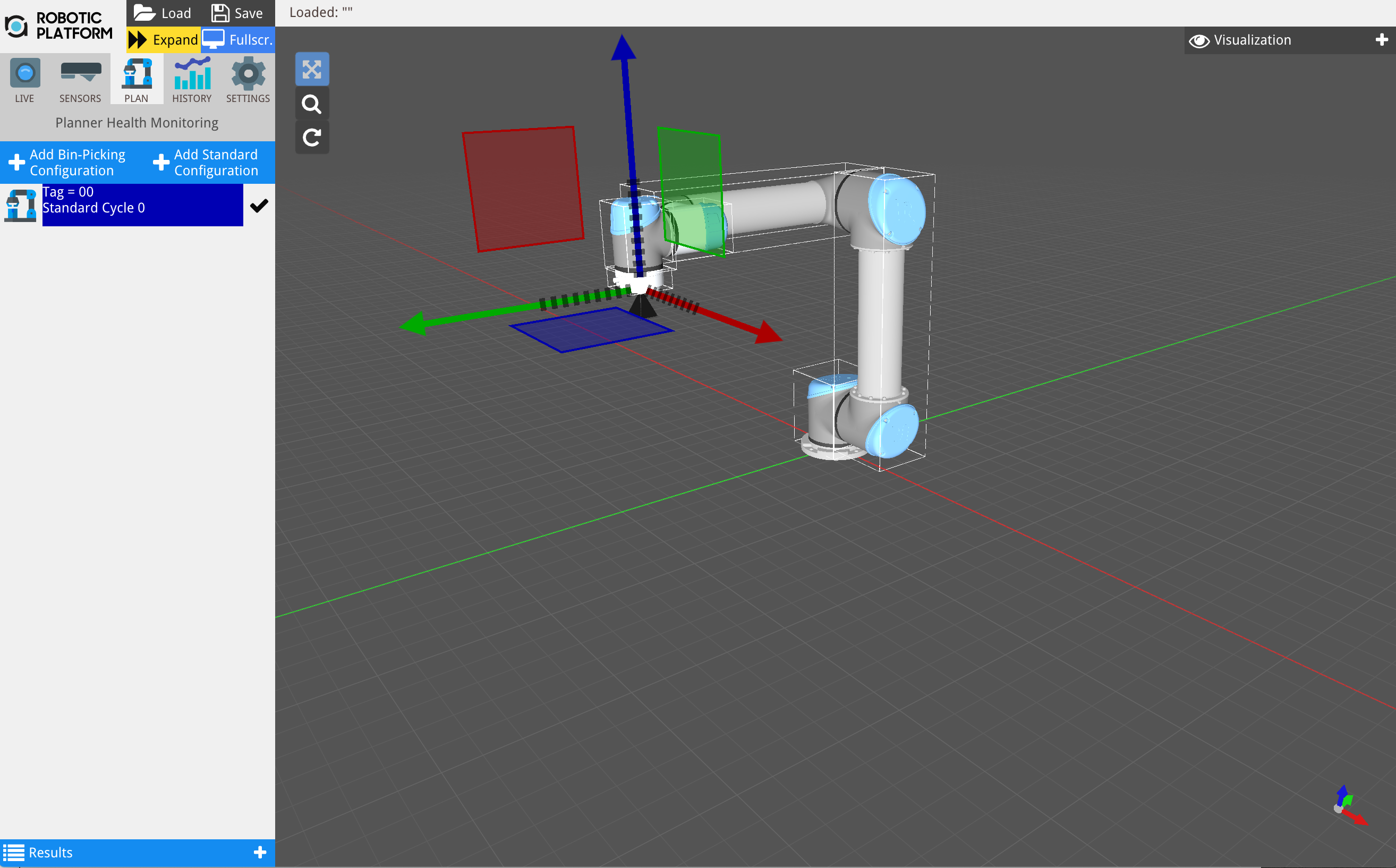 The standard pick app models a simple “align to object and pick” scenario, allowing the building of automatic hand-eye coordination through the use of the integrated tool finder procedure.