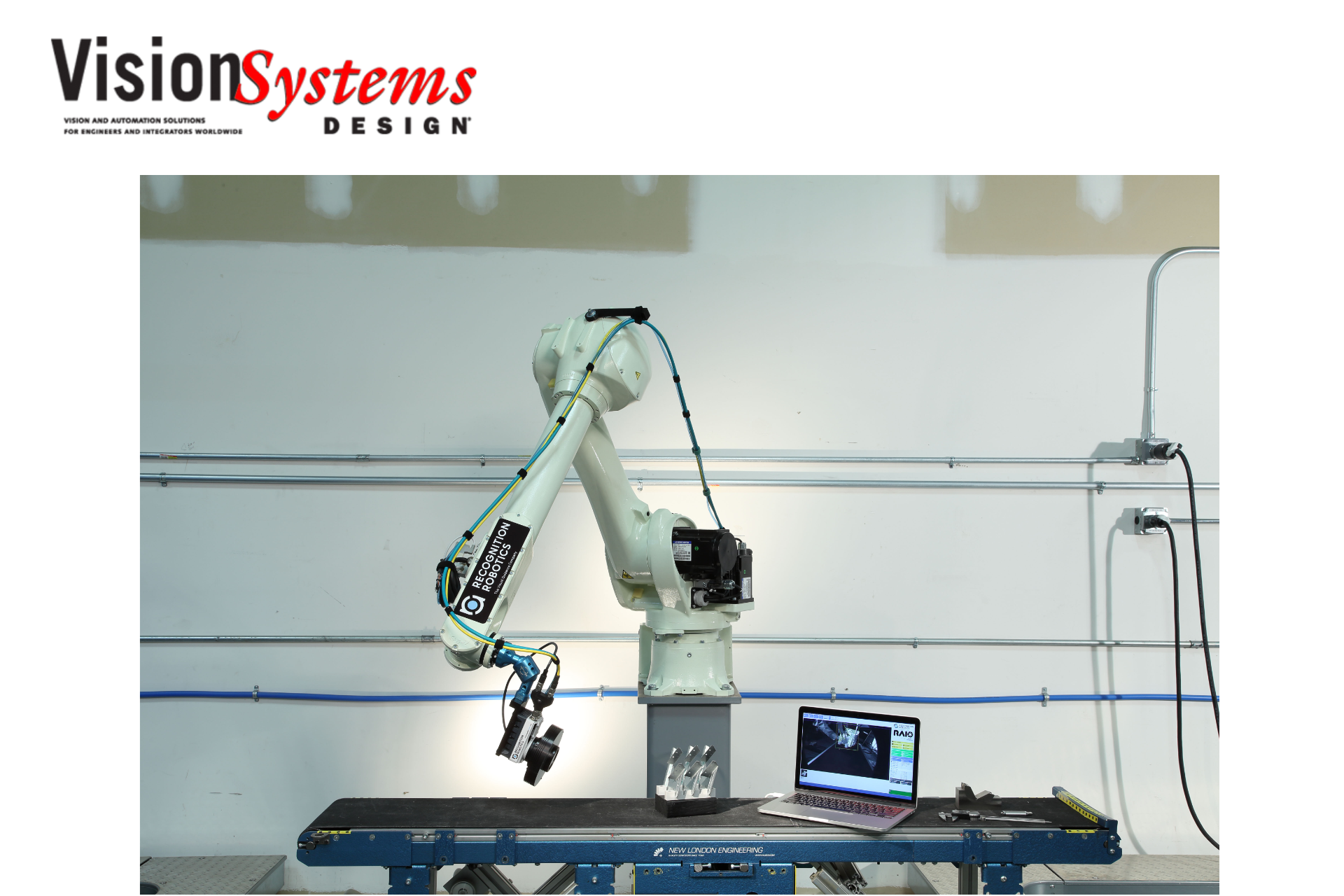 In 2012, Recognition Robotics introduced its Robeye solution for robot guidance that was designed to mimic the way that humans see. The system uses an industrial camera attached to a robot arm to capture images of part that the robot will be guiding to, and a separate industrial computer processes the images and communicates with the robot’s controller.

Recently, an automotive customer required a system with a smaller footprint, lower cost, and a simpler setup and operation. To provide vision guidance for a robotic arm being used to derack automotive body panels and place them onto a vehicle in the body-in-white part of the vehicle assembly process, Recognition Robotics partnered with ADLINK to develop an improved version of Robeye called Robeye All-In-One or RAIO.

The RAIO camera leverages an ADLINK NEON-1020 smart camera, which features the 2 MPixel CMV2000 CMOS image sensor from ams Sensors Belgium (CMOSIS). The sensor offers a 5.5 µm pixel size and reaches a frame rate of 120 fps. ADLINK’s smart camera also features an Intel Atom Quad Core processor E3845 1.91GHz, an FPGA co-processor, and runs on Windows or Linux. This architecture, according to ADLINK, reduced the footprint of the Robeye product and provided an IP67-rated “self-contained visual recognition and guidance system.”

Running on the RAIO camera, Recognition Robotics’ vision algorithms were applied to the robotic vision guidance system. The algorithms, according to Recognition Robotics, process images similar to how the human visual cortex functions. From a single 2D image, the system can recognize a part and return the X, Y, Z, Rx, Ry, and Rz location information about the orientation of the part within the robot’s user frame…

Fill out the form or call us to signing up future demo days, request a simulation, have your questions answered, or speak to a representative.